When Parents Get Old – My Journey with Aida 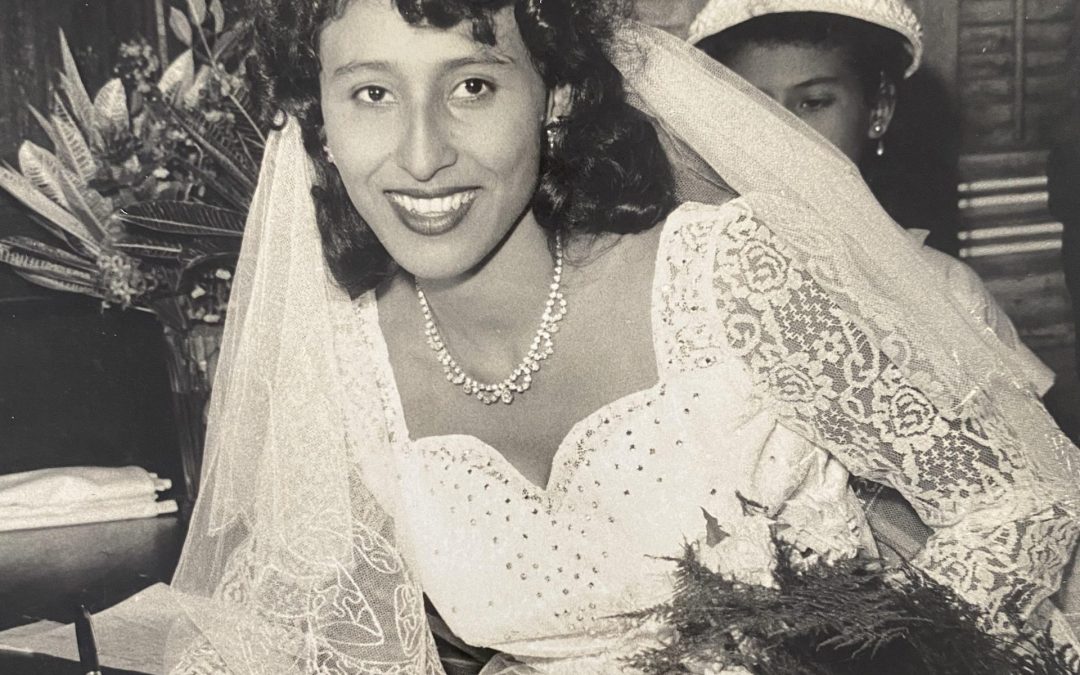 Menopause is not the only change that many women will go through as they age.

Aging parents who can no longer live independently can also present and more often than not, it is usually the daughters who do the work to get them into care. Well, that’s my experience anyway.

20% of people over 80 are in aged care facilities in Australia 1, so no doubt many people will go through what I’ve just been through.

It’s important to have gratitude for parents who live long enough to reach this stage. I certainly do. I remember saying to myself a few years ago that all I wanted was for my parents to reach the age of 80. To me, it was a number that I could make peace with. They both did reach this age and I am thankful.

My dad died just over 2 years ago at the age of 81. He was married to a wonderful woman whose name is Margaret and she looked after him until he died of liver failure.

My mother. Aida, is now 84 years old and unfortunately, she is losing her eyesight due to glaucoma. Also, her memory is not what is used to be and she forgets to take her medication and can no longer cooks for herself.

She was widowed 8 years ago after her second husband (not my father) died and was living alone up until recently. 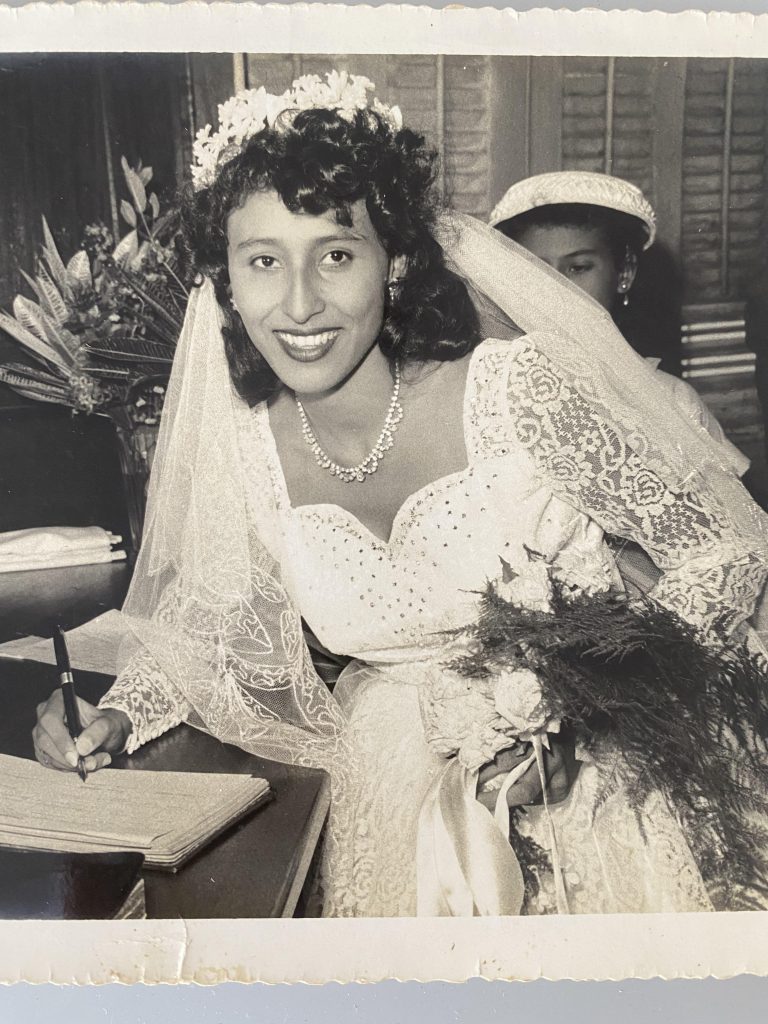 It’s heartbreaking to see a once vibrant, energetic, intelligent woman decline the way my mother has over the past couple of years. She has lost 30 kilos in this time and now suffers from osteoporosis. I remember when I was young, Mum was a whirlwind as she navigated being a single mother in the 1970s. She brought the four of us up, worked, studied at university and built a home… all at the same time. She was beautiful with her Central American exotic looks which was uncommon on the Sunshine Coast at the time. She certainly did stand out.

The big problem over the past 12 months is I live in Sydney and my mother still lives on the Sunshine Coast in Queensland. It’s only a 75-minute plane ride away and I had plans to come up and see her every few weeks throughout 2020. Then Covid hit and the NSW/Queensland border closed. There was a window in July 2020 when the borders briefly opened and I came up to help her. In December, the border opened again and I immediately returned and I’ve been here ever since. I’m not game to go back to NSW at the moment as the border may slam shut again and then I will be stuck.

When I first arrived in December, her condition had declined even further. Her eyesight was worse, she wasn’t taking her medication, she had lost more weight and she hadn’t been preparing meals for herself. I immediately cooked up large amounts of nourishing, wholesome food, like curries and pastas and divided them into small portions for her to heat up in the microwave as needed. The alarm bells went off when she no longer knew how to operate the microwave.

This is when I finally realised that she could not live alone anymore, despite the fact that she had some support from an aged care provider. This was indeed the big turning point. 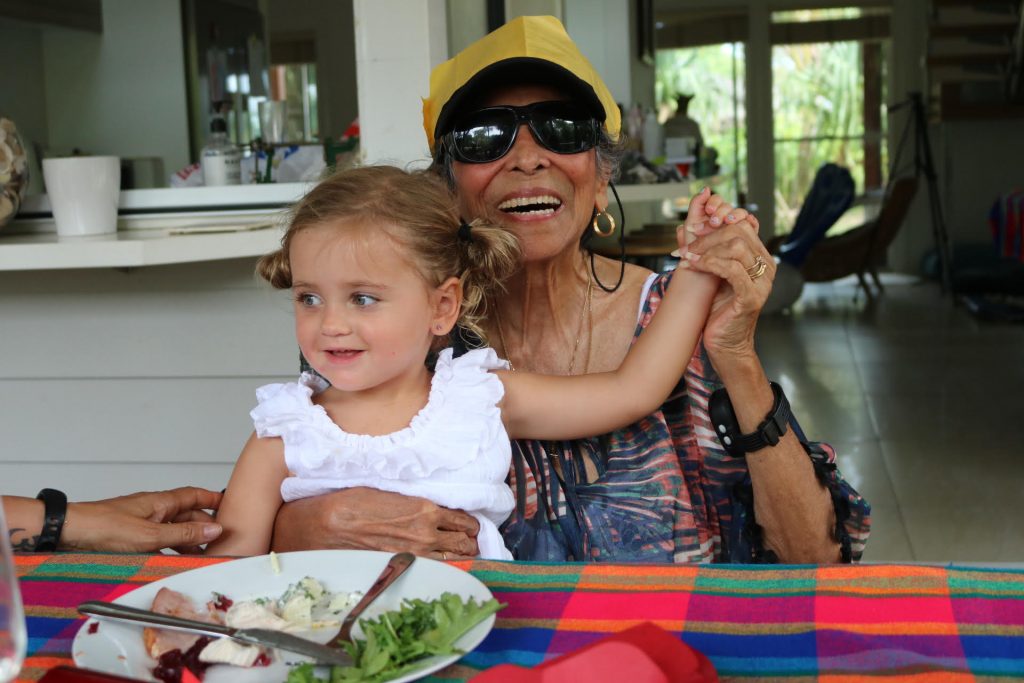 I was lucky enough to have an ACAT assessment done on Mum the next day and it was ascertained that she was vulnerable living the way she’d been. She immediately became eligible to go into aged care either permanently or for respite.

Next, mum and I visited different retirement homes and aged care centres to see what was on offer and what was available. I was surprised with the variety of places out there:  everything from fully independent living to full-on 24/7 support and everything in between.

With the help and advice from Mum’s GP and the ACAT report, we decided she needed high level support and decided on a 5-Star facility nearby.

As she was due to have eye surgery, it was a great opportunity for Mum to go into respite for 2 weeks to recover and have the intense care she needed. After that, she went into care permanently.

Now, I know that there has been much concern about how the elderly are treated in aged care and there was a royal commission into this beginning in 2018. After this, better standards of care are being mandated. The final report was recently published. You can read the final report and the recommendations here. 2

Mum has some assets and also receives a part pension. We needed to maximise the aged care and pension payments while protecting her assets and the only way to do this properly was to pay for specialist financial advice. I’m so glad we did, as navigating the complex maze of aged care assessments, facilities, costs, subsides from the government etc is a bit of a minefield and I have no idea.

I was very fortunate to have my sister, Karen and her partner, Ron, here for 3 months from Perth. They arrived in early January for a holiday and ended up staying until the end of March to help out with mum’s situation. After mum went into care, we had the HUGE task of cleaning up her house so it could be rented. Think hoarder’s paradise!! We filled two huge 10 cubic metre skips with ‘stuff’. I’m sure my mother hasn’t thrown anything out since 1970… seriously!

It took all the time that Karen and Ron were here to clean up the house. We worked every day and it was a relentless and exhausting task. It’s now done… thankfully. I don’t know what I would have done without them and I am so grateful to them.

For me, there were other loose ends. Despite probate occurring, Roy, mum’s husband who died in 2013 had UK bank accounts and UK pensions and annuities that Mum is entitled to. Mum hadn’t followed this up after Roy’s death. Having to deal with time difference in the UK, the red tape as well as the time delays due to Covid and having to write letters rather than sending emails was a bloody nightmare and so time consuming. 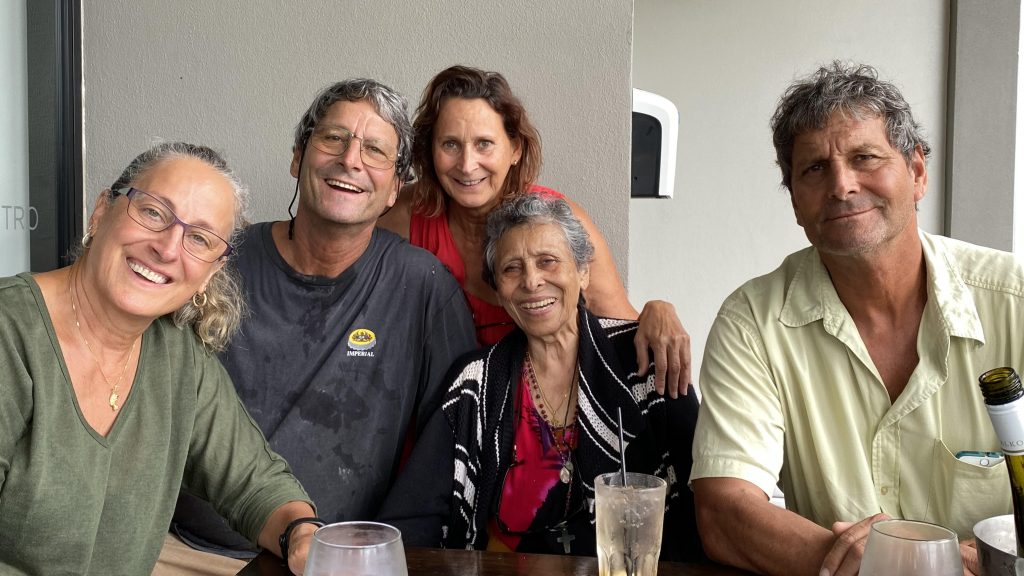 Now that I’m just about on the other side of this, I would like to give you some advice if you are about to embark upon this adventure with your parents.

Finally, if you want to live a peaceful and harmonious life, then you need to make changes starting from the inside.

Want to find out more?

Gina Mitchell stands for women being empowered and owning their own lives while going through midlife and menopause.

Her niche is coaching women over 40 because of her own challenges with midlife and menopause. She is not okay with the fact that many women suffer and struggle through this stage of life and beyond.

Gina is a certified life coach, certified NLP practitioner, matrix therapist and hypnotherapist. She is the founder and CEO of Midlife Coaching for Women. She has been supporting her clients to reach their goals since 2011.

She wrote a #1 best-selling book about female midlife relationships called ‘Ignite the Spark’.

Gina’s mission to help midlife women live their true potential comes from over 35 years as a scientist and science teacher.

Her other passions include her family, pet cats, travel, advocating for animal rights and the environment.

‘Not just surviving menopause and midlife … but thriving’ – Gina Mitchell