The Midlife Crisis – Fact or Fiction? 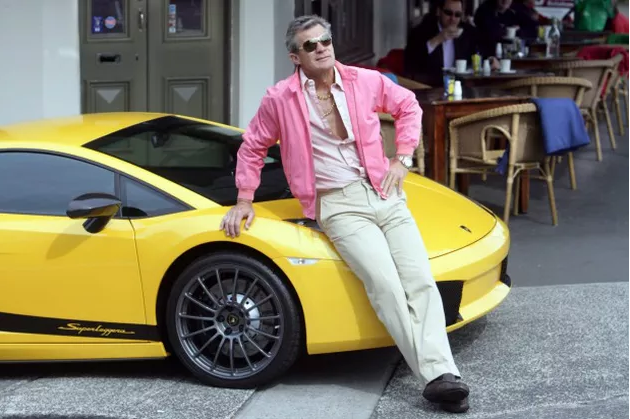 I don’t know about you, but when I was younger … much younger, I used to think that the midlife crisis was fiction. I thought it was just an excuse for dirty old men to have sex with young women. To me that was repulsive!

In my young mind, I had images of older men in red sports cars speeding down the highway with sweet young girls in their 20s (read gold diggers) next to them. The men had comb-overs (Trump-esque), gold chains, colourful shirts and too tight pants (it was the 70s) and a lot of money (well…enough for a sports car anyway).

I also imagined their poor wives at home looking frumpy and depressed. I also thought it was the most sexist thing in our patriarchal society.

It was not until I saw the movie, Shirley Valentine in 1989, that I realised that is was possible for women to have the equivalent of a midlife crisis. It quite surprised me really…yes…call me naïve!

So, fast forward 30 years and I now look back at my own version of the midlife crisis and it certainly does not involve sports cars, tight pants, gold chains or sex with young girls….. or boys!

I did not know I was even having a midlife crisis until in retrospect, when I looked back at my behaviour and thought to myself ‘what the hell?’

Stress was the major culprit for me!

I put much effort into my work as a full-time secondary science teacher and running the science department. I continued despite suffering from very challenging menopause symptoms including insomnia which just about took me out of the game! I did not know then, but stress makes menopause symptoms so much worse!

I used to be very content with my life. I had a great job that I loved, I was married to a loving husband, we traveled and had great social connections with family and friends. I did not want anything to change!

So, I resisted…. For a long time I just kept doing what I was doing, despite my physical self and my emotional self screaming at me saying ‘SOMETHING’S GOTTA GIVE’!

So now I am guessing that the midlife crises is fact rather than fiction. For me anyway!

I assume that many women go through something similar. Because it has not been spoken about much, how are we to even know? I didn’t and I was a biology teacher for heavens sake!

We, as women, are not as obvious as the dirty old men with the sports cars and comb-overs. The signs can be hard to recognise.

I then had to re-create my life. With the help of my wonderful coach, I have done this and when I look back, I wonder why I did not do it sooner. I could not have done it without her!

As humans, we have blind spots…… things that we just don’t know about ourselves. We don’t know what we don’t know. This was glaringly true for me looking back.

To have the emotionally unbiased perspective of a coach can lead to revelations. It did with me!

So, this is what my life is dedicated to now. My passion is to support other women who are having their version of a midlife crisis. To help navigate their way to having a great life and being the best versions of themselves in the second half of their lives.

If you would like to explore this opportunity for personal growth during this crazy midlife crisis time, I’d love to catch up with you.

You can book with me for a no obligation quick chat using the link below.